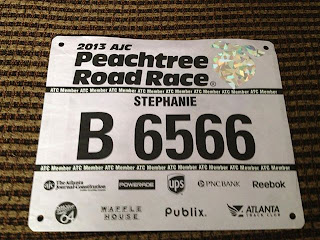 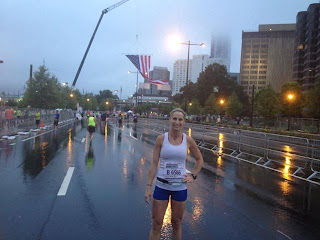 I had an awesome running weekend. I took a road trip to Atlanta this past week to spend some time with my brother and to get ready for the Peachtree Road Race. The race was on Thursday, July 4th so I went to the expo on Tuesday and Wednesday to do some networking and watch some of the seminars that were being held by the professional athletes coming in. I got to connect with some of my running friends there as well as met many new runners. On Wednesday I headed out to Piedmont Park for a morning run, it probably rained all day Wednesday with flash flood warnings all over the television, and the temps were in the mid 70’s. Last year when I did this race it was at least 100 degrees, and extremely humid but I raced it all the way through paying no attention to the sights and spectators.

This year The Peachtree Road Race was a different story. I was getting texts and emails from a lot of my runner friends asking if the race had been canceled, but there was no way this race would ever be canceled. This is the largest 10k in the United States, with 60,000 entrants and The Atlanta Track Club takes pride in doing an excellent job with everything associated with this race. Thursday July 4th approached, I woke up at 4:30ish that morning and it was only misting outside and no lightening. I was in Wave B so I got ready, ate and headed to the Marta station at 6 a.m. When I get to the Marta it was backed up so there was a bus there to take the runners waiting on to the beginning. I get to the race extra early since I took this bus, and I headed out to my wave. The rain began to fall as I was standing waiting for my wave to start at 7:30. As the rain came down on my head I glanced around at the runners all dressed in their funky costumes and I said to myself I will enjoy this run today.

Last year I mentioned I raced through without paying too much attention to the beautiful scenery. This year I am so glad I enjoyed every moment of it. I was blessed on the course with holy water, I ran with The Hulk Hogan (a runner dressed as him at least) and I got to meet some military guys as I ran and chatted. I paid attention to the spectators along side the road who were standing in the rain cheering us all on. As we ran up one of the last hills which is close to Sheppard’s hospital I glanced over and saw the patients they had lined up in wheelchairs to watch us. This sent chills down my spine, but also gave me such a sense of accomplishment for my life but more of a feeling of pure gratitude for what I was doing at that moment.

To end my entry I can say I had a fabulous weekend spending time with friends, family and doing exactly what I love which is following my dreams and enjoying every moment… 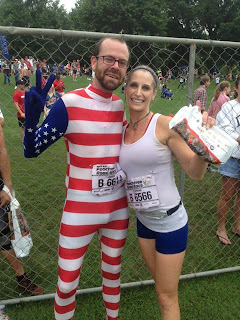 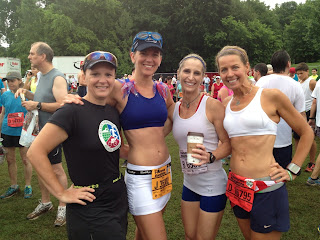 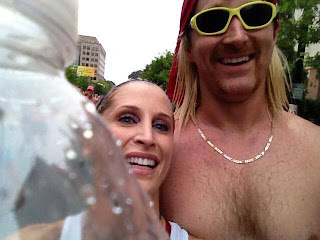