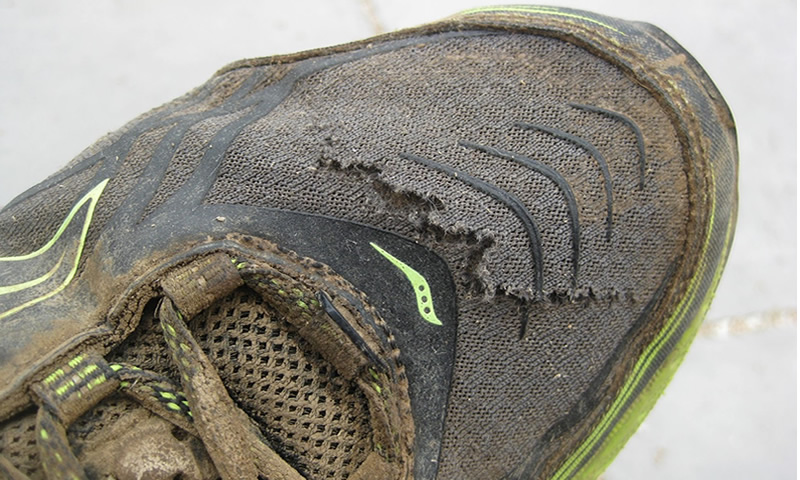 Running Shoe Breakdown
Well, I can say I have done a tons of shopping for running shoes and I’d like to do a little breakdown on this thing today…. So far the best shoe I have found for my running has been my Saucony’s.  The build of the shoes is just more stable than and I can log alot more miles on the shoes before I wear the things out.  I have tried the Asics, New Balance, Adidas, Brooks, and Nike.  Nike ran a pretty close race with the Saucony but by far these shoes have been outstanding! And they do not cost nearly as much as Nike or especially Asics….
Then I have experimented with the minimal shoes also and my finding with those are basically that they are not for your hard core runners:) AKA distance runners, even though I did run next to a dude in them at the Warner Robins Aviation Marathon… And all I could think about was how I had blisters bleeding through my awesome stability shoes and this bastard was running with me at mile 20 no prob at all in a freakin 5 finger shoe….hahaha But I think its a great shoe ultimately for my crossfit classes but I would never chance my running with those shoes, and like the bad ass dude that ran with them in the last marathon I did I guess its just whatever works best for your running type.  And thats the best advice on shoes I can ever give to anyone who asks…. Of coarse I give my opinion of the best but then I always say its a trial and error thing with that!
Tweet
Share
Pin it
Previous StoryRefusing To Give Up! Next StoryI made my 1st running mag. August issue of Running Journal