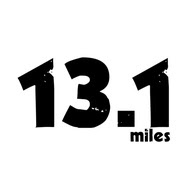 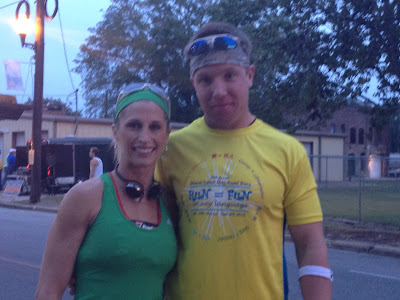 Another nice weekend of my racing which included my first half marathon for this season. This race was a race I have participated in a few times over the years and its in a town of all places called Boston GA. It is such a fun course and its extremely inexpensive. The hills in this race are tremendous, not as much as Atlanta but its close to it.

I did my weekly speedwork on Wednesday this week because I knew I was going to be running this hilly race and I would need some recovery time in before race day. I didn’t anticipate to win anything in this race because it brings out stiff compitition from Tallahasee Florida. But either way I planned on doing my best and surviving the whole thing because I knew it was a rolling hills half marathon. My half PR is 1:46 and I did that this past January in Warner Robins at the Aviation half marathon. I was hoping to PR but didn’t expect it due to all the hills, I held an overall pace of 8.5 but I did run negative splits because when I went through the half way mark it was 50 minutes in. I found a pace group in this race that was suppose to be holding an 8 minute mile, and I held with them for a while until I checked my Garmin a time or 2 and they were way way below an 8 minute mile so I dropped behind them alittle because my goal was to hold an 8 overall. I did a great job on the run in my opinion of course I feel I could have done better but I believe if it had been on a flat course I would gotten at least 1:43. I finished this marathon in 1:46, I remember glancing at the trusty Garmin at mile 10 and thinking I have this hill and 3 more miles before the finish… But I did it and I did get to meet alot of elite runners while I was there.

Its always fun for me to meet all different types of runners. I enjoy meeting of course the elite runners, but it is always nice to meet those runners that are beginners or just getting in their groove. I got to talk with some runners from The Tallahassee Running Club and these runners are to me elite runners no doubt. One guy I had the opportunity to speak with ran the 13.1 in 1:29 just an excellent runner! I wanted to talk with someone involved in that running group to get an idea of some of the races around that area so Matt and I can begin doing some running and volunteer work around that way…

The next few weeks will be just as exciting especially with this coming weekend being The Ironman Panama City! I will be volunteering at this event, then the next weekend I go to Columbus with Matt, he is pacing the 3:45 pace group for the Soldier Marathon and I am thinking of banditing my 1st race… I have a 19 miler scheduled for that weekend so I am planning to run the marathon 19 miles, or if I can’t do that I plan on snapping some good photos of some of my girlfriends running the half marathon and of Matt doing his thing. We have to come back after the marathon because I have maybe my last photo shoot for this year scheduled and its with a good friend of mine who does fitness modeling for Fitness Magazines, I was really honored that she asked me to do some shots with her.

Then the following weekend we have a 10.5k and a 5k planned at a town close to where we live. On Thanksgiving morning we plan on running the famous ATC Atlanta Half Marathon! I am really stoked about doing that race too. The hills are brutal and challenging and we have some good friends in the Atlanta area we get to visit we do not get to see very often. The next weekend will be December 1st, and we plan on doing a 10 & 5K in Albany that weekend… Then the tapering process begins! The Jacksonville Bank Marathon will be on December 16! 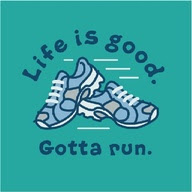