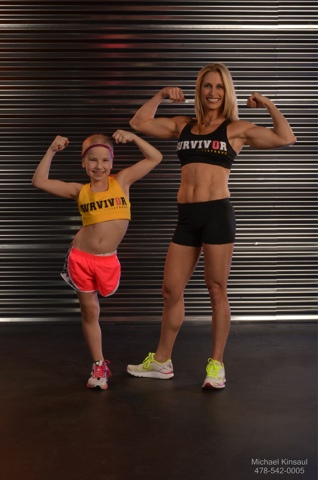 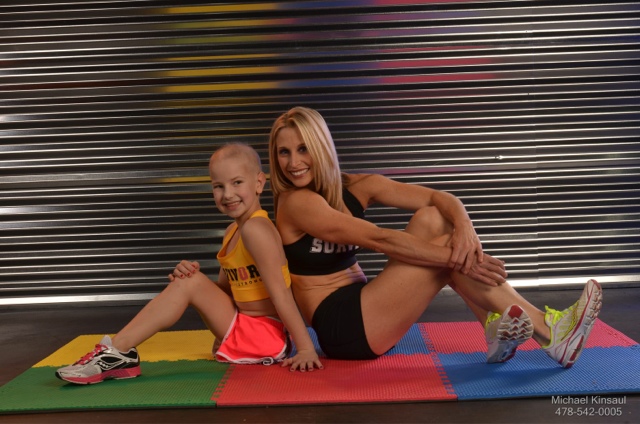 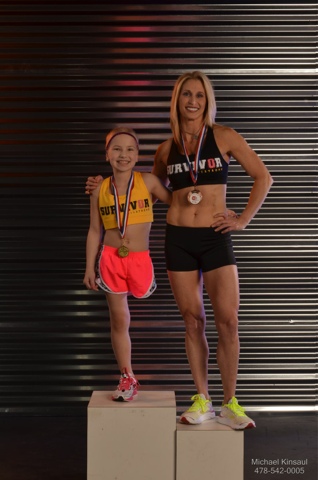 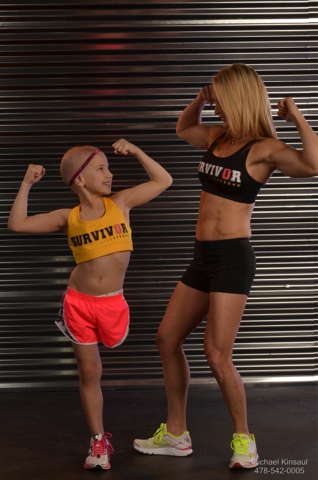 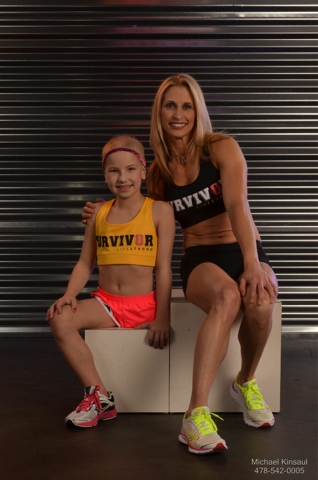 As I’ve mentioned before I was going to introduce some inspiring people to you on my blog monthly. I’m writing this entry tonight filled with so many intense emotions. This has to be one of the hardest entries I’ve written so far. I speak of cancer survivors often because I have the most respect for them in the fact I relate to a lot of the emotions and some of the pain that they go through. The struggle of dealing with near death or proving to everyone that you are still normal. It’s never easy hearing how your life will turn out, so I have always felt this closer bond with cancer patients and cancer survivors. Tonight I had the opportunity to meet one of my fans. An eight year old girl who wanted to meet me after reading my blog. She is no ordinary little girl. Her name is Sarah and she is an 8 year old who was diagnosed with cancer at the age of 5. Michael, Sarah’s dad who is a photographer emailed me last month and said Sarah wanted to meet me and have fitness photos made with me because I inspired her. I couldn’t understand at first why it was so important to her then Michael went on to tell me Sarah had her leg removed recently because of cancer. I immediately scheduled a photo shoot with him when I heard this.

My experience tonight has taught me exactly how important it is to share my courage and strength, because it was helping inspire the life of someone as special as Sarah. What I had gone through was really nothing compared to the struggle she dealt with and will have to deal with the rest of her life. Seeing her tonight missing her left leg made me think of all the times I have complained because I have a bad left leg. I am always joking how I want to cut it off, then seeing this child tonight missing her left leg I had to hold back my tears. All I could say to myself was how stupid can you be Stephanie for saying something like that. But Sarah was so spunky and humble, all she could do was think of flexing her six pack and her guns for our photos. She got so excited when I gave her a Survivor top to wear like mine and then I gave her one of my what she called cool looking Saucony shoes to wear which she loved. She really reminded me so much of myself in many ways.

This was a great experience and I feel honored to have been contacted by her. I am so proud of her accomplishments and I feel she will excel in life because of her strength to beat those odds and she kicked ass and did it at such a young age. This experience for me will be something I will always remember and cherish. I asked Sarah’s dad Michael to submit me a bio on her and it is enclosed below.

Sarah is the youngest of my three daughters. In November 2009, when she was 5 years old she began complaining of knee pains. After four months and four doctors, we discovered in March 2010, she actually had Ewing’s Sarcoma (bone cancer) in her upper left femur. She began chemo treatments and and then in August 2010, she had the upper half of her left femur replaced with a metal piece. She continued chemo until December 2009. She was then pronounced cancer free.

All was well until September 2012 when she began complaining of knee pain again. Sure enough the cancer had returned and in the same bone. This time in the lower left femur. The doctors tried a new chemo drug this time. After a couple of months it was determined the chemo was not effective so amputation was our only option. When we told Sarah that she would lose her entire left leg, she cried her heart out for about 20 minutes. Her sisters, Emily and Karen then came into the room and told her about fake legs. They went to the computer, got on YouTube and 5 minutes later she was laughing and picking out which style and color she wanted.

On January 7, 2013 Sarah had her left leg removed. Five days after surgery, she was swinging on the monkey bars at church. While Sarah has had some problems with phantom pains, she has never been bothered about only having one leg. We do not treat her as handicapped and she does not see herself any different from anyone else. She gets along fine on her crutches and never complains. Sarah is a very happy child and has a strong spirit, and I believe this spirit is what pulled her through to survive cancer. 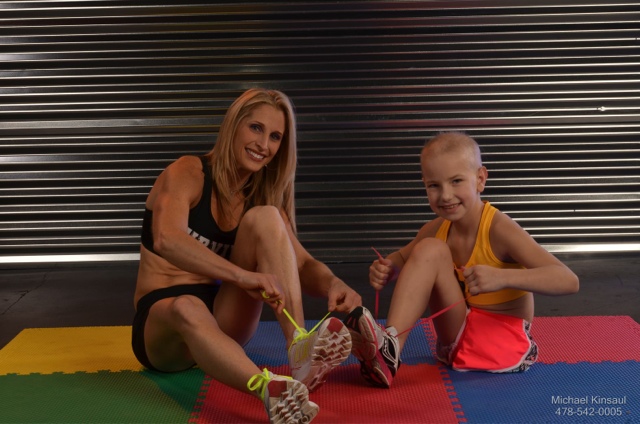