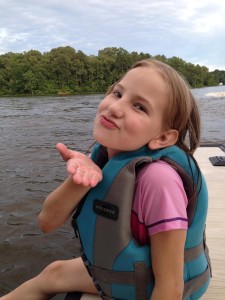 “One day your life will flash before your eyes. Make sure it’s worth watching.” I have spent the past few days in a trans like state. A great friend to me who has battled cancer for most of her life is losing her battle. I consider myself an extremely strong person most days but this has been such a shake up for my life. “The most beautiful people are those who have known defeat, known suffering, known struggle, known loss, and have found their way out of the depths. These persons have an appreciation, a sensitivity, and an understanding of life that fills them with compassion, gentleness, and a deep loving concern. Beautiful people do not just happen.” ~ Elisabeth Kübler-Ross 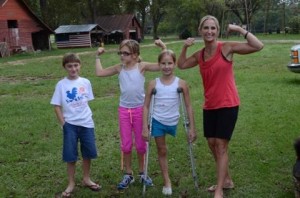 I talk to people so often on the realization of the true value of life. And if you know me you may hear me say sometimes, oh whatever they have not a clue to life. An extremely good friend of mine has had not one but two heart transplants and this is his theory. He would say to me when I would go to him with BS trouble, he says, Oh Steph, brush that stuff off your shoulders, look around

you girl. Probably 10% of this whole world sees life as you do, maybe less! I never questioned what he meant when he would say this to me, I knew exactly what he meant… “Walk With The Dreamers, The Believers, The Courageous, The Cheerful, The Planners, The Doers, The Successful People With Their Heads In The Clouds And Their Feet On The Ground.”

This evening I have spent my time sitting in a hospice center with my friend suffering from cancer. I received the call yesterday from her dad and he told me her doctor informed them the time was very limited for her. My heart suddenly dropped when I heard those words but a sense of comfort also came to me. So I planned a good time to go visit with her…. Arriving at that center I had no idea what to expect to see, so I walked in the doors. I glanced over and noticed her mom sitting in the corner and I hugged her and asked how she was doing. She said she was doing ok, and I told her she could take a walk outside for fresh air if she would like. She looked at me sternly and said I haven’t left her side and I don’t care to… “If we could see that everything, even tragedy, is a gift in disguise, we would then find the best way to nourish the soul.” ~Elizabeth Kubler Ross After she said this I took a seat at Sarah’s side. I gazed down at the hospital bed this child was laying in and I cradled her hand and began talking to her about boys. I talked to her like I would if we were doing a photo shoot and she was entertaining me like she always did. I told her I brought my make up to fix her up real pretty, I told her I would braid her hair, then I told her just how beautiful she was, but most importantly I told her she meant the world to me and I loved her so much!! Her mom assured me she understood everything I was saying and I knew she did because when I would talk to her about cute boys, a smirk would appear on her face. I knew and I honestly could feel her energy so strong, her story was far far from done…. “Birth is not a beginning. Death is not an end” ~Chuang Tzu I left that hospital later that night and so many events kept ringing in my mind. Things that Sarah’s mom said kept coming back to me, when she would tell me to talk to her, she would say Stephanie she knows what you’re saying even though she doesn’t respond…. I kept seeing those tubes stuck in her chest, and I would see balloons and flowers all over the room… And when they would tell me she couldn’t swallow or eat anything…These things were all coming back to me and only because I had seen them all before in my own childhood! It fascinates me more every day how this life shows me my way, and even when its done through such tragedy as this… “There is a voice that doesn’t use words… Listen.” ~ Rumi To end my entry I want to say the past few months have been very stressful on my life with knowing I would be losing this precious child. I considered her the daughter I never had but always wanted. Here I am at the end of her life and I am at another realization of my own life… Every person in your life is there for a reason… And those are always good reasons however they may end! This I have learned of truth through my journeys! Never Give Up, Never Give In, Never Stop Trying, NEVER EVER GIVE UP!!!